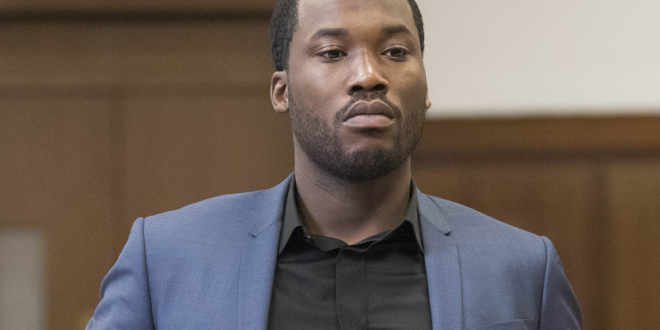 I have to admit, I was in the car coming from a long day at work when I heard that Meek Mill would be getting out of jail. It made my day, I thought……….wow this is a good day for Philly.

But why, why do people care?
I can’t speak for other people, but here is why I care.
I became a fan of Meek Mill not because of his music, but because of his interviews and his story. He is a good person who is self – made, a true success story. If you have followed his career you can see his evolution. It would have been devastating to see a young black man who has worked so hard to escape his circumstances to be succumb by them after reaching such a high level in his life.
And to have SISTA do the dirty work. It really just shows all of us what we are really up against. Meek’s win, is truly a win for us all. It shines light on a corrupt system and has now given people who have been treated unfairly by the system a platform.
The movie the 13th by Ava DuVernay help shed light on the unfair practices of the court system and how prison is equivalent to modern day slavery. In my opinion, Meeks story will help give a bigger platform to documentaries like this one.
Now I’m not saying that Meek is a saint, I don’t know that man. But what I do know is that he has not been treated fairly, like many black men in the system.
Just think about it, a young black man gets stopped by the cops and is killed in cold blood, but Dylann Roof the young white man who walked  in a Charleston, South Carolina church and killed nine people was arrested and given a fair trial .
Eric Garner was choked to death by a police officer on the street, for what?…….trying to provide for his family, yet Charles Manson a cult leader who committed a series of nine murders in 1969 was given a fair trail and was able to die an old man in prison of natural causes.   And the list goes on and on…The system is not fair for a lot of us, it’s just not!
So yes, I’m super happy that Meek is free and able to now bring more light to a system that has failed many of us. I’m glad that Meek’s son does not have to grow up without his father. I’m happy that another mother  is not going to  lose her son to the system. I’m happy that a young black man with soooooooooo much potential is able to grow and to continue to realize his.
I’m rooting for you Meek Mill, I know this situation has opened your eyes……..and I know that you understand that TO WHOM MUCH IS GIVEN MUCH IS REQUIRED!
You are a black man. We love you, We need you, We respect you. Now SHINE……AND NEVER EVER LET ANYONE OR ANYTHING DIM YOUR LIGHT!

Meek Mill the evolution of  Man.

What are your thoughts, let's talk about it! Cancel reply